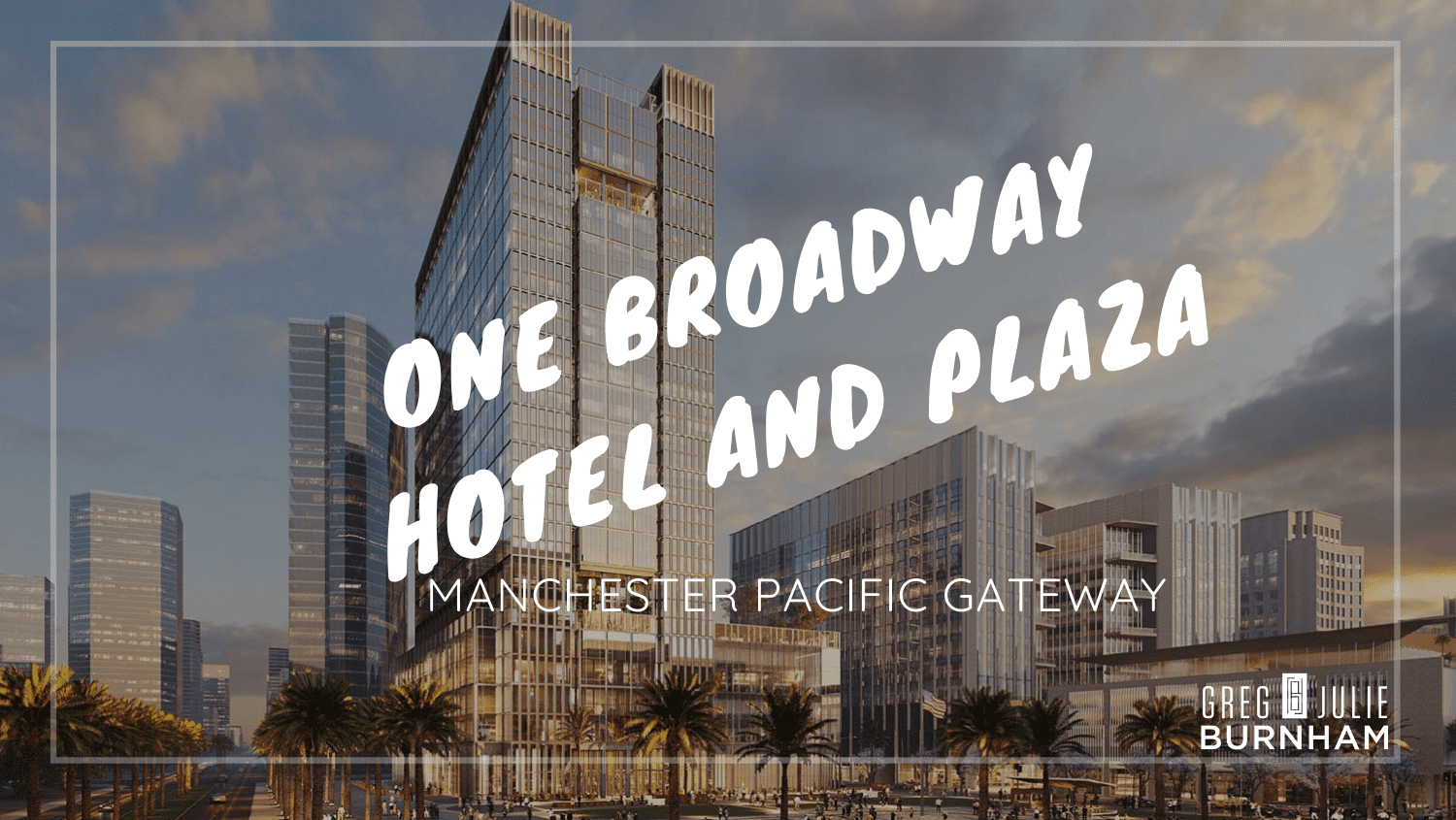 One Broadway Hotel and Plaza

Downtown San Diego’s waterfront is being redeveloped. Eight blocks on the North Embarcadero at Broadway and Harbor Drive will soon be one of the most desirable world class destinations.

Two of the eight waterfront blocks will completed by Manchester Pacific Gateway to include One Broadway Hotel and Plaza, a 5-start resort hotel with fine dining, luxury retail, entertainment and open parks.

The other five blocks will be a $1.5B San Diego Research and Development District, or RaDD, a waterfront life science campus. IQHQ plans to complete the first phase by summer of 2023.”

Join us behind the scenes at the old Horton Plaza; soon to be the Campus at Horton. As of February 2021, Stockdale Capital Partners is still scheduled for an estimated completion of Q2 2022. Click...
Read more
September 28, 2020

The Paladion by Bosa is the largest continuous block available in downtown. Located on 777 Front St. bordered by G St., 1st Ave. and F St., Bosa Developers is almost finished their new project. The...
Read more